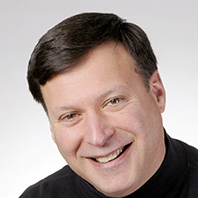 Jeff Mangone is a full time player and teacher of string bass, bass guitar, and tuba.   Jeff has played virtually every style of music in local, national, and international venues in a professional career that began in 1972.  Jeff is currently principal bassist for the Pittsburgh Opera, a position he has held proudly since 1987, as well as the Pittsburgh Ballet, Civic Light Opera, Wheeling Symphony where he also serves as Personnel Manager,  Chamber Orchestra of Pittsbugh, Music on the Edge, Latshaw Pops, Pittsburgh Baroque Orchestra, and the PBS “My Music” Series.  He is also a substitute bassist with the Pittsburgh Symphony Orchestra.  He has performed and/or lectured at every Pittsburgh Double Bass Symposium.  His active jazz career includes concerts, touring, and recording with artists including Catch 22, Ken Karsh, Joe Negri, Opie Bellas, Daphne Alderson, Bo Wagner, Donna Groom, Ann Feeney, Latshaw Productions, Julia Eglar, Richard Stoltzman, Vic Damone, Rosemary Clooney, the Pittsburgh Symphony Orchestra Pops, and countless others.  Since 1979, he has served on the faculty of the Mary Pappert School of Music at Duquesne University and the University Of Pittsburgh Department Of Music.  He has also served on the faculties of the Slippery Rock University Department of Music-1997 to 2009, the Indiana University of PA Department of Music-1990-1997, and the West Virginia University Department of Music-1978 to 1987.  Many of his former students have gone on to careers in orchestras, jazz groups, touring Broadway musicals, and recording studios throughout the United States and the world.

Jeff is proudly married to Jennifer Gerhard Mangone, Principal Viola of the Pittsburgh Opera, Ballet, Civic Light Opera and the Wheeling Symphony Orchestra!   Jeff’s glorious double bass was made by Vittorio Bellarosa in Naples, Italy circa 1930 and has been is Jeff’s care since 1988!

Welcome To My Tool Shed!

Hopefully this will be the first and last virtual Pittsburgh Double Bass Symposium!  When Micah graciously and generously asked me once again to present something of my choice, I immediately thought about something that I have always wanted to do but could only realistically be done from home, aka My Tool Shed!   I will happily be able to show, describe, and discuss the vast array of bass instruments acquired and used over my 52 years as a prolific freelance bassist.  The participants will have virtual access to classical basses-both 4 stringers w/C extensions, my 4/4 size 5 stringer, my jazz bass which has been played by me and by many of the world’s greatest jazz bassists when performing in Pittsburgh, 2 electric uprights, and 4, 5, and 6 string bass guitars both fretted and fretless, and even my tuba.  The presentation is interactive so the viewers can contact me with questions via text at 412-512-8077.  This is not meant to be a “gearfest” but rather an explanation of the techniques and significance of these instruments in a successful career of high end freelancing.  Please join me and enjoy something that I think will be both fun and educational!

This performance is sponsored by Cincinnati Bass Cellar .