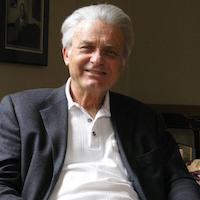 Lawrence Hurst began his musical studies on the piano accordion at the age of four.  At 13, he started studying the double bass through the public school system of his hometown, Norfolk, Virginia.  After serving two years with the Seventh Army Symphony in Europe, he started his professional career as principal bassist with the Dallas Symphony under Sir Georg Solti.  He joined the music faculty at the University of Michigan School of Music in 1964.  During his tenure at Michigan, he chaired the String Department and was Associate Dean and Director of the University Division of the National Music Camp at Interlochen, Michigan.

In 1986 he joined the faculty of the Jacobs School of Music of Indiana University and was the chair of the String Department from 1987 until 2012.  In 1967, he joined the summer faculty of the famed National Music Camp (now the Interlochen Arts Camp) and has taught there every summer since.  His students can be found in orchestras and musical venues all over the world, including the orchestras of Philadelphia, Chicago, San Francisco, Indianapolis, Atlanta, The Metropolitan Opera, St. Louis, Israel Philharmonic, Hamburg State Opera, and Gothenburg, to name a few. In 2000 his alma mater awarded him the Distinguished Alumni Award, and in 2005 he was given the American String Teacher’s Association Artist/Teacher of the Year Award. In 2006, the International Society of Bassists (of which he is past president) gave him the Distinguished Teaching Award.  In June, 2013, the ISB also awarded him the Distinguished Achievement Award.  He retired from the Jacobs School of Music in June 2012, whereupon his former students initiated an endowment scholarship and medal for double bassists in his name.