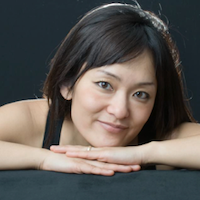 Sung-Im Kim was born in Seoul, South Korea. She started playing the piano at the age of seven. Two years later she won first prize in a national competition. By the age of fifteen, she had her debut as a soloist with the Seoul National Philharmonic Orchestra. She went on to win the Eum Ak Chun Chu and Jung-Ang competitions, amongst the most prestigious in Korea.  She also played many solo and chamber concerts in Seoul, including her professional debut recital sponsored by Cho-Sun Daily Newspaper.

After obtaining her first degree from Kyung-Won University under Dr. Young-Ho Kim, she continued to study at the Royal Academy of Music under Mr. Frank Wibaut and Mr. Christopher Elton, gaining a Diploma in Advanced Studies and Licentiate Piano Teacher. While in England, she gave solo performances at many venues, including the Academy of St Martin-in-the-Fields, Glenilla Arts Foundation, and the Pump Room in Bath. In addition, she won prizes including the Haverhill Sinfonia Soloist competition in England and the Ibla International Piano competition in Italy.

In 2007 she obtained a Master’s Degree at Carnegie Mellon University under Mr. Enrique Graf. She has also studied with Mr. Sergey Schepkin in the Performance Residency program. While studying at CMU, she premiered piano concertos with contemporary ensemble by composers Jorge Variego and Bomi Jang, and a piece by Bomi Jang at Heinz Hall for the Pittsburgh 250 celebrations.

Most recently, Sung-Im has collaborated with Ray Chen, Cyrus Forough, Sergey Schepkin, Luz Manriquez and members of the Pittsburgh Symphony Orchestra, and performed recitals and chamber music in various locations. She also performed chamber music series in Taiwan and has premiered two works by Nancy Galbraith: “Effervescent Air” for piano four hands at Yonsei University in Seoul, and Piano Concerto No. 3 with the Pittsburgh Chamber Orchestra. She has also played numerous times with the Pittsburgh Concert Society and performed compositions by Reza Vali for the Chatham University Music Program and the National Gallery of Arts Concert Series in Washington, D.C.

She is an Assistant Teaching Professor in Collaborative Piano, is a chamber coach and teaches preparatory school at Carnegie Mellon University.